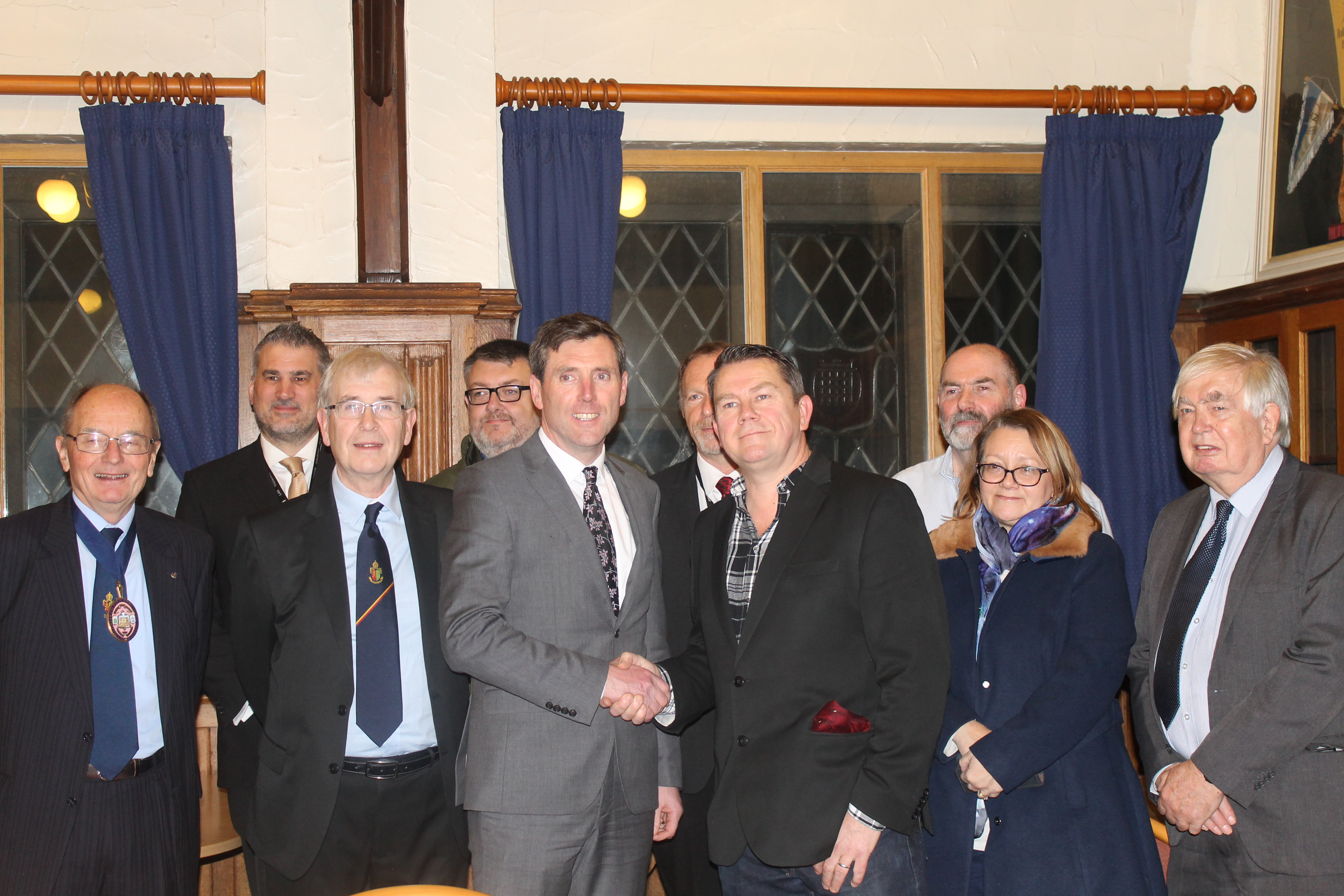 Thomas Rotherham College hosted their annual Celebration Awards Evening before the Christmas break on Thursday 19th December, welcoming back students from the class of 2019, who were joined by their families and by staff and governors at the ceremony.

The audience was treated to several incredible performances from current TRC Music students.

Principal and CEO of the Trust, David Naisbitt, welcomed back former students before introducing guest speaker, Nick Banks, himself a former student of TRC in the early 1980s, who went on to find fame as the drummer in the Sheffield-based band Pulp.

The band reached both national and international stardom as part of the Britpop phenomenon in the late 1990s with songs such as Disco 2000 and the timelessly brilliant Common People.  Nick joined the group in 1986 and a personal highlight of his time in the band was performing at the Coachella Festival.

As a band, led by charismatic singer Jarvis Cocker, Pulp recorded many critically acclaimed and commercially successful albums, including most famously ‘Different Class’.  Nick still regularly enjoys playing drums with Sheffield’s very own ukulele megastars, the Everly Pregnant Brothers and he remains a member of Pulp.

Nick congratulated students on their achievements and inspired them to continue in their efforts for future success in reminding them to dream big.

A wide range of prizes were awarded to the 2019 leavers for all round academic excellence, achievement in specific subjects, special dedication and personal development, contributions in sport, drama and music and service to the College and wider community.

It was a wonderful evening and we wish the Class of 2019 continued success.